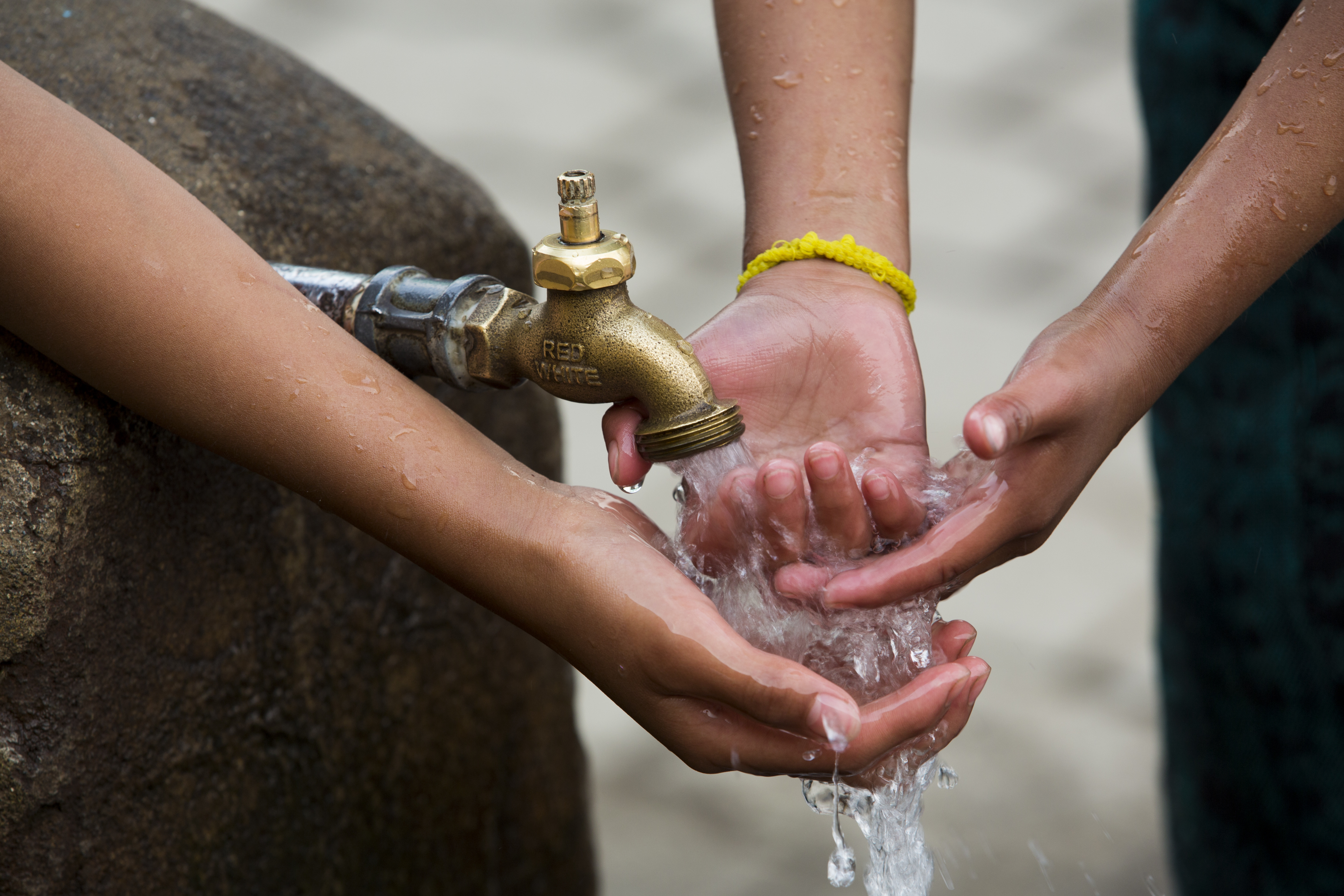 Cyclone Idai - Malawi We have, with help from Khalsa Aid International [KAI] ,already delivered 200 boxes into Malawi  and a further 300 are  being distributed , also by KAI.

200 families displaced by monsoon floods in Kerala, India were supplied with a Water-Survival Box to protect them from water-borne diseases and other essential survival items with which to help rebuild their lives. Thanks to our newest partner – Khalsa Aid International – who were responsible for the distribution – see detailed....     Final Report Kerala 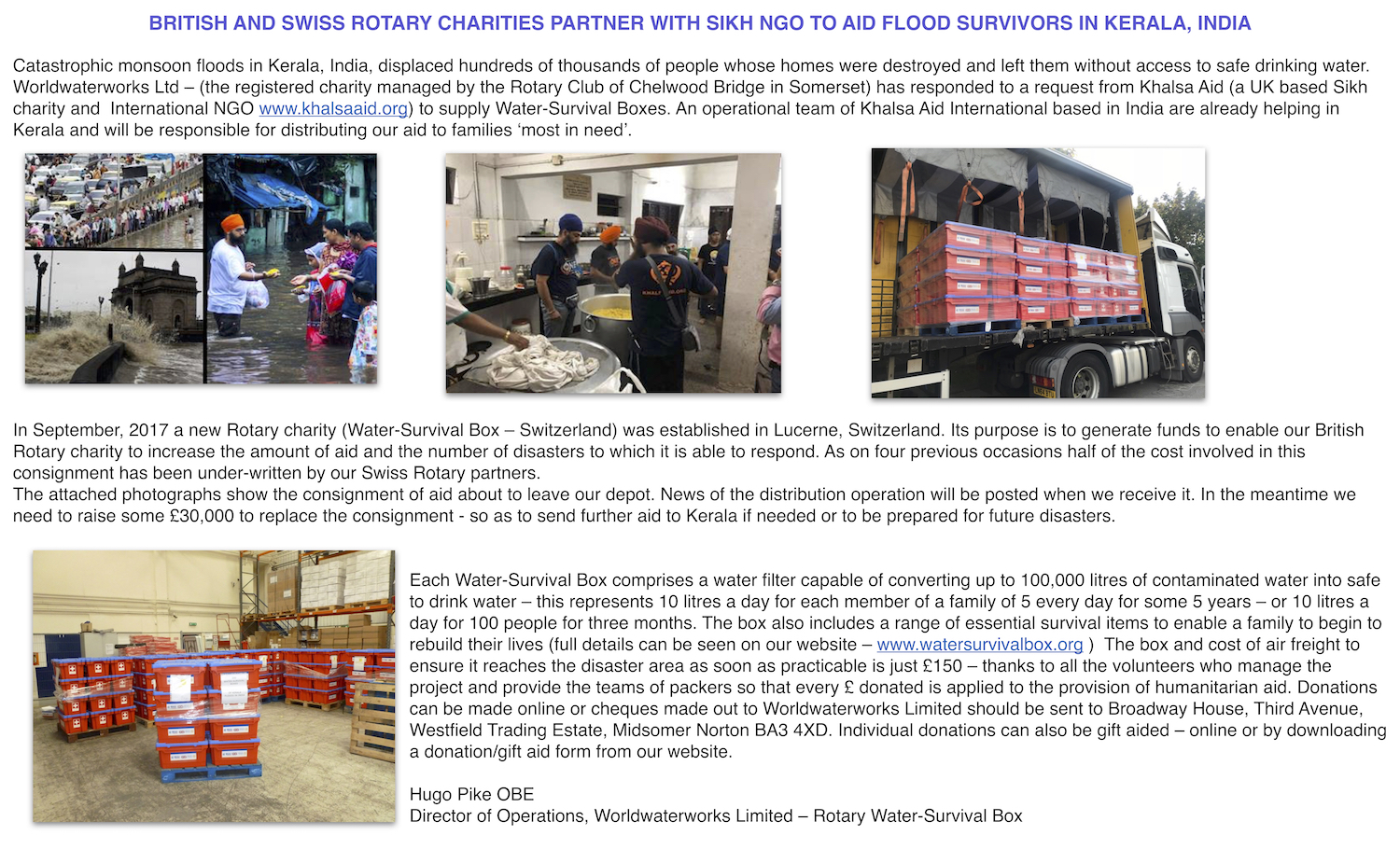 2018 – JUNE – 200 WSBs are en route to Somalia:  Following flash floods in which thousands lost their homes and no longer had access to safe drinking water. World Vision International will be responsible for distribution to those families most in need.
2018 – APRIL – 200 WSBs were provided to the Argentine Red Cross Society for families that had been displaced by extensive floods in Salta Province in the North East of ARGENTINA. An excellent report supplemented by photographs and a video where recipient families were interviewed can be seen here

The attachment is the Final Report received from the Argentine Red Cross in respect of the distribution of 200 WSBs to families affected by severe floods in the north-west of the country. The following link contains a number of photographs and a short video with interviews of some of the recipients.

2018 – JANUARY – 100 Water-Survival Boxes were sent to SYRIA for distribution to families that had been forced to flee from the Al Ghouta suburb of Damascus following the escalation of the on-going conflict in that country. 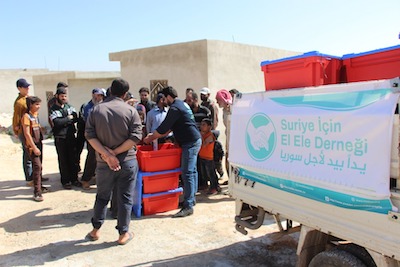 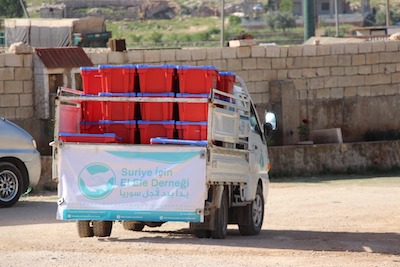 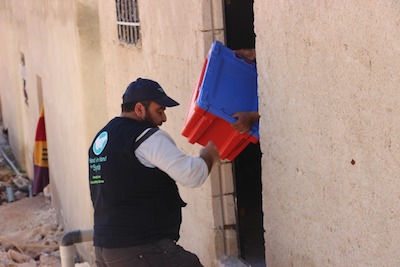 2017 – SEPTEMBER/OCTOBER – Hurricane Irma, followed two weeks later by Hurricane Maria, devastated most of the islands in the Caribbean. The extent of the damage affected virtually everyone – most losing their homes and access to safe drinking water. A total of 400 WSBs was sent for distribution by the local Rotary District and Clubs on the British Virgin Islands; St Martin (French) and Sint Maarten (Dutch); and Anguilla (British). Extensive damage to the infrastructure, almost total loss of communications and limited availability of shipping support were major challenges for our Rotary colleagues on the ground. However, despite the delays our aid was distributed to families in need as they began the task of rebuilding their homes.

2017 – SEPTEMBER – WATER-SURVIVAL BOX- SWITZERLAND – this new Rotary charity was launched on the shores of Lake Lucerne and is the initiative of Rotarian Bernhard Etienne and other members of the Rotary Club of Luzern Wasserturm. Having first been informed of our ‘pure’ Rotary charity by a visiting Danish Rotarian and following detailed enquiries the Swiss charity was formed to provide an opportunity for Rotary Clubs throughout Switzerland to donate funds to be used to increase the number of WSBs that we can supply when responding to disasters worldwide.  On each subsequent deployment WSB-SWITZERLAND has agreed to cover the cost of half of each consignment. 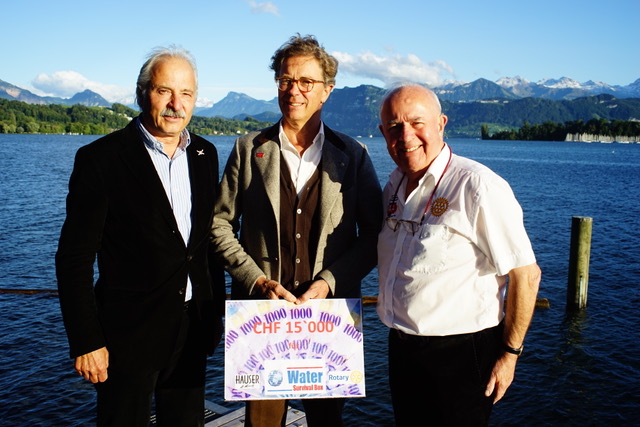 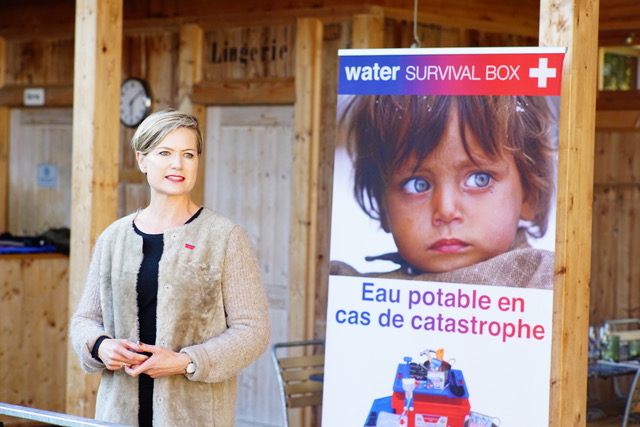 2nd photo features local Rotarian who presented a cheque to pay for 25 more boxes – raised by friends and family in celebration of her 50th birthday. 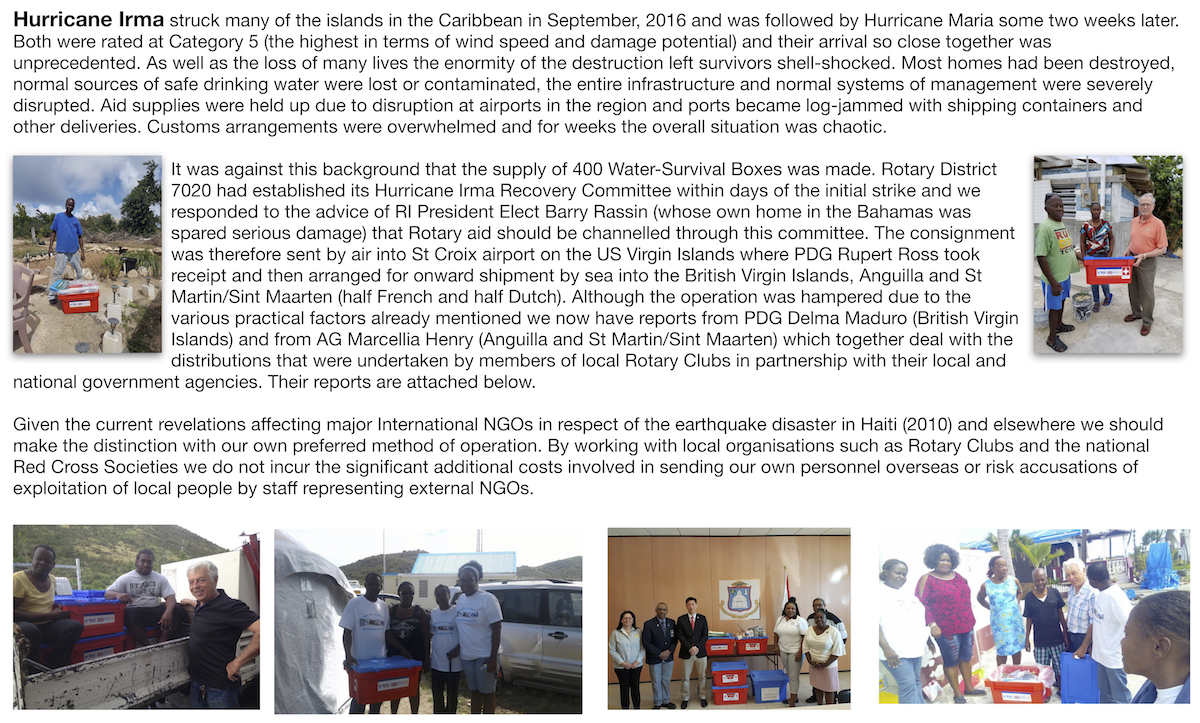